Hello and Welcome to Eliyo!

If you want to get started right away, then Visit Clayton in Lavinth, a city in the world of Eliyo. Clayton is a breeder of sorts and may be willing to help you out. He knows a lot about taking care of elons too.

If you prefer to read more before jumping in then you can continue by reading the Getting Started Guide now and then visit Clayton when you’re ready. You could also visit the Frequently Asked Questions (FAQ) page to get some quick answers. 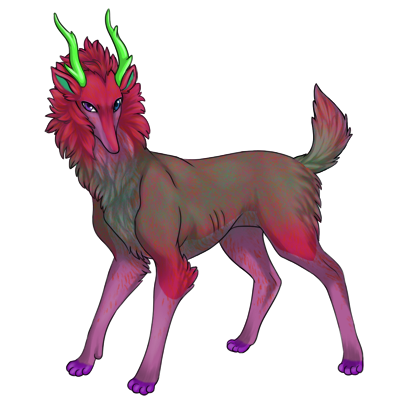 Raspberry looks at you from where he lays happy to see you, but he contently lets you come to him.

Raspberry heaved a long sigh as he tried to fall asleep. It was hard to do so, though. With all the chittering of young elons around him, excited and curious about the new person that had just stepped foot into Clayton's menagerie. Despite all of the noise, Raspberry's eyes were heavy and he began to snooze in his stall. He was awakened by the bell on the door of the shop. Whoever was in the store must've left with their elon. He looked down and pawed the straw, secretly wishing that he was the one leaving with a person. He longed to fight, to show off his skills, to be adventuring again alongside a traveler. He sighed again as he thought about his last owner. Despite being sold to Clayton by his last human, he felt no resentment towards them, they needed the money, right? Alone in his thoughts, he didn't realize that a girl had approached his stall. It was only when he smelled an apple that he realized somebody was there. He perked up and left the corner of his stall, stepping into the light where the girl's hand was outstretched, a bright red apple in her palm. She smiled at him as he took the apple from her hand, thoughtfully crunching it while looking at her. Who was this stranger, he thought. Honestly, she is probably just another novice adventurer, wanting to pick out the cutest nyrin or fluffiest zorvic. No way she was interested in... him? His thoughts were interrupted as the girl turned to Clayton, standing on her tiptoes to whisper into his ear. "I want Raspberry." She said softly. Before he knew it, he was running across fields alongside Hope, climbing up mountains and pushing through vines in rainforests. So many times, he has wondered if this is all a dream, and has dreaded the day when he wakes up. But he knows that Hope is real, his family is real, he has a place and will never be lonely again.

Not available for coins.

Not available for elytes.

Not available for public breeding.

This action cannot be undone.